Music is central to our lives. Mothers soothe their babies with gentle rhythm and melody. Music is a vehicle for learning. It’s a robust human trait. Universal. Present in all cultures.

Let’s Get the Rhythm captures girls’ handclapping games from inner city playgrounds and across the world… from every continent… and islands in between. Girls from diverse cultures – from Brooklyn to Tanzania – charm us as they learn and share while expanding their experience. Drawing attention to the social importance of girls’ games, the film features footage from far-flung locations as well as ancient Egyptian reliefs. Let’s Get the Rhythm accentuates the beauty of the beat with compelling observations on the empowering force on the lives of girls, women and humanity.

The New York Times,’ Gia Kourlas writes: "The film, which features interviews with young girls, also accomplishes something else with its choreographic pulse: As it swings between games and interviews, Let’s Get the Rhythm has a beat; its incandescent musicality brings this hand-clapping universe to life.”

"Let’s Get the Rhythm is an incisive, fascinating documentary that demonstrates the significance of girls' hand-clapping games. Perfect for in-classroom use, the film contributes vitally to conversations about global girlhood, cultures of the African diaspora, and performance. I'm bowled over by this film."
--Robin Bernstein, Harvard University, author of Racial Innocence: Performing American Childhood from Slavery to Civil Rights

"Irene Chagall focuses her lens on the completely oral and thoroughly embodied musical expressions that children own and value music, text, and all of the necessary percussive effects they desire... Let’s Get the Rhythm is masterful, and a tribute to an important piece in understanding children’s expressive practices."
-- Patricia Shehan Campbell, Donald E. Petersen Professor of Music, University of Washington. Chair, Smithsonian Folkways Board 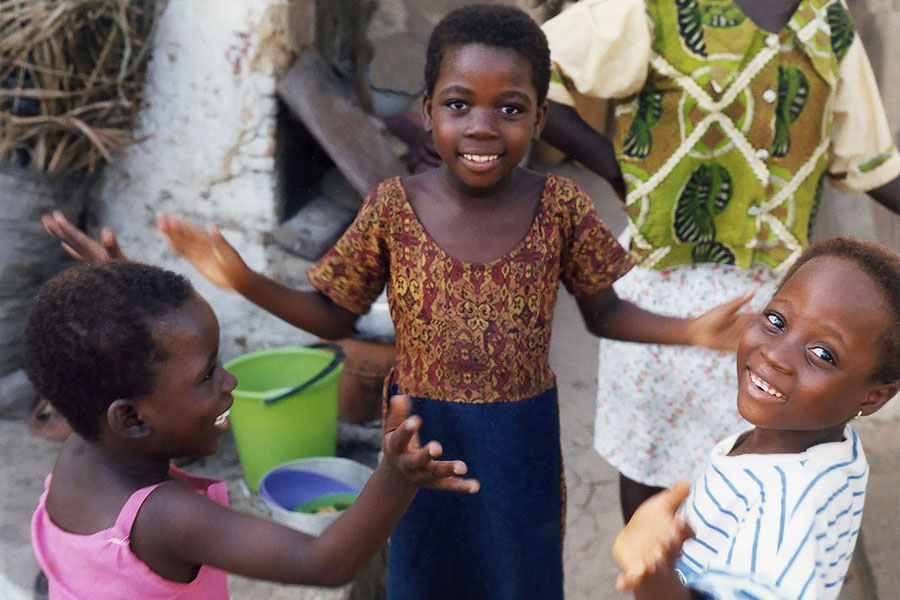 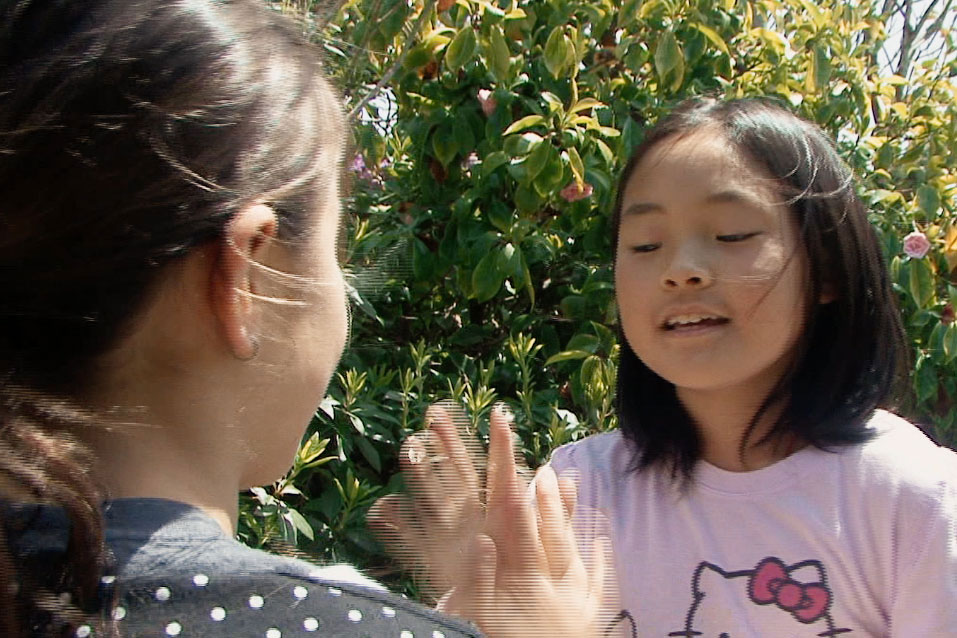 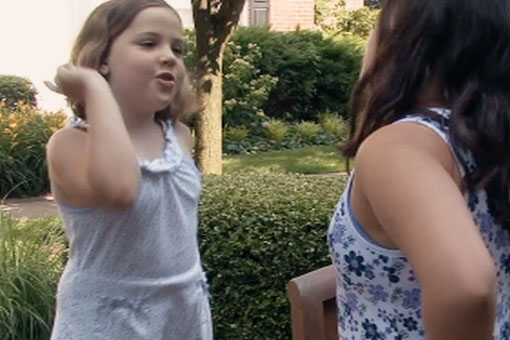 Around the World in 5 Kids' Games

On every schoolyard across the world you will find games invented by children. Hand-clapping routines, rhyming stanzas and intricate rules for tiny competitions; games born of the creativity, insight and idiosyncrasy of children’s minds.

The Making of Let's Get the Rhythm

Along with featuring Let's Get the Rhythm in the Reel Folk Presentations of the The Benjamin Botkin lecture series, the Library of Congress Folklife Today invited Irene Chagall to submit this guest blog.

Chagall takes her camera around the world and through long stretches of human history to develop the ﬁlm’s thesis that clapping games are serious business for the girls who play them and that such games are worthy of focused attention.

At the heart of the ﬁlm are questions about how society values its girls and their culture, and the cultural habit of discounting such games as “mere play.” Chagall deftly demonstrates the ways that the games not only create social bonds among the girls who play them—as shown when an American girl travels to Tanzania to meet a pen pal and plays clapping games to break the ice with the local girls—but also address large-scale cultural and social issues.

[T]he ﬁlm will likely be a strong future companion piece to Bess Lomax Hawes’ earlier work, and set the stage for scholars who follow to build upon what Chagall has done.

Irene Chagall’s documentary…introduces the variety and significance of hand-clapping games to a twenty-first-century public, positioning itself to valorize and honor this often-dismissed oral tradition of girls. As a genre often “hidden in plain sight,” hand-clapping games—[with] mind-bogglingly difficult rhythmic patterns—span the world, yet tend to be played by girls between the ages of 6 and 11. Let's Get the Rhythm asserts that young girls’ play matters at a deep level and that it may even expose fundamental qualities that make us human.

[T]he film affirm[s] interracial, interethnic, and international communication and friendship. [H]and-clapping games may even link all humanity back to Africa…[T]he film addresses the worldwide context and persistence of hand games…[I]ntersecting with a history of scholarly interest, the vibrant endurance of hand games contributes to their role in reasserting community, even in the wake of disaster…[A] wealth of archival film [has been] unearthed and included.

This film possesses a broad appeal for both educational and public venues. It should be required viewing in any introductory folklore, sociology, gender studies, ethnomusicology, African American studies, or education classroom, with additional potential value to any number of other disciplines. The film’s bright appeal and delightful child collaborators make it captivating for children of hand clapping age on up, and it can spark discussions at any educational level. [T]he ability to rhythmically connect to one another may be what makes us human, and girls playing hand games affirms our humanity.

Girls worldwide play hand-clapping games…These games prioritize cooperation over competition… Poets and musicians are on hand to praise the musical and lyrical complexity of clapping games...An intriguing look at a longstanding cultural phenomenon, this is recommended. K. Fennessy

Jeffrey Edaltapour toots Let's Get the Rhythm as family-friendly entertainment:
"If the festival lineup hasn’t already inspired you to get on your feet, Rhythm will do the trick. The film opens with The Clapping Song (Clap Pat Clap Slap): you’ll be dancing in no time."

The offbeat approach [of the Lincoln Center Dance on Camera Film Festival] continues with the excellent documentary “Let’s Get the Rhythm: The Life and Times of Miss Mary Mack,” in which the first-time filmmaker Irene Chagall explores the hand-clapping games girls play the world over. Again, it’s a case of choreography happening where you least expect it. Identifiable to players by their opening words (“Rockin’ Robin” or “Miss Mary Mack”), the games survive as an oral tradition.

After a great deal of in depth research including gathering archival footage from around the world, Chagall brought her research to the Smithsonian Institution’s Center for Folklife and Cultural Heritage 2003 and was appointed a Smithsonian Research Associate.

“One of the things that has been a vital part of my professional life for many years is teaching music to children between two and twelve. At the San Francisco Community Music Center, the San Francisco Jewish Community Center Nursery School, and many Bay Area elementary schools, I have brought music and learning together. I sit on the floor with anywhere between five and twenty-five kids at a time. I sing with them. I do puppet play with them. I dance with them. We blow horns and conch shells, strum homemade cigar box guitars and tap turtle shells. We clap and snap. We have a good ol’ time.”

Working with the esteemed folklorist, Bess Lomax Hawes and City Lore’s Steve Zeitlin, she received sponsorship from the California Academy of Sciences and obtained grants from the National Endowment for the Arts, Public Art Films and in 2014 finished the film, Let’s Get The Rhythm.

Co-Producer Steve Zeitlin is the founding director of City Lore, an organization dedicated to the preservation of cultural heritage. He is also the co-producer of a number of award-winning film documentaries including How I Got Over; The Grand Generation; Free Show Tonight on the traveling medicine shows of the 1920s and 30s; From Mambo to Hip Hop, broadcast on public television in the fall of 2006, and winner of an Alma Award for Best Documentary; and Deaf Jam, about American Sign Language poets, broadcast by Independent Lens on PBS.